Artificial Grass Inspiration For People Who Are Stuck On The Fence! 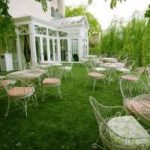 It’s a question many golf course managers and players have been struggling with for years now: to change or not to change to artificial grass? After Dan Bjorkman of the Echo Basin Ranch and Buzz Kyllonen of Alaska adapted almost entire golf courses to synthetic grass, owners from around the world have joined in. Here are two golf courses from two different countries that have converted completely to synthetic turf. 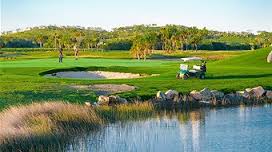 In 2007, Australia’ first full-sized artificial practice putting green had been built at the Centenary Park Golf Club south of Melbourne. Seven years later, Zilzie Bay has followed suit. Central Queensland, where this golf course is situated, is one of the driest areas on the planet, with summer temperatures soaring to above 40 degree Celsius. Naturally, water conservation is a huge concern here. The soil conditions, which did not support the growth of grass, were another reason. The cost of maintaining and natural grass course was the final straw that  put developers Chris Dadson and Rita Dadson off their initial plans to build a fully natural course. They soon found out the additional advantages as well. The 18-hole golf course is the largest synthetic golf course in the world, and can be run on less than $150,000 (in Australian currency) a year, where natural grass courses take almost 1.5 million! The new course is unaffected by Queensland’s rather extreme weather patterns and ensures enjoyable play all year round, standing up to climactic wear and tear. It has proved to be the perfect solution for the knotty problems of golfing in warm regions. 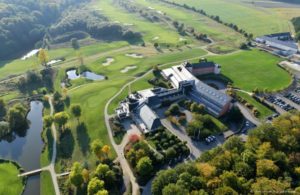 Transformed under the tutelage of British architect Stephen Marnoch, the club uses synthetic turf for tree and greens, while maintaining the contours of the natural, original putting surface. The arrangement has worked remarkably well. Marnoch points out that with improvements in technology of manufacturing processes, a huge variety of synthetic turf can be produced that can mimic the playing surfaces of various grades of rough used in championship games. The six-hole short course is as responsive a playing surface as any made of natural grass, with the same quirks of borrow and the same adaption to stimpmeter speeds. Marnoch is fond of fusing natural features with artificial grass and has spoken about the creative ways in which synthetic grass can help incorporate some much-needed breathing space into urban landscapes. Now, he has succeeded in putting his words into practice at Luxembourg, with remarkably positive results.

A natural grass course the standard nine-hole layout can use up to ten million liters of water per year, and cost more than $13,000 to maintain! It’s no surprise that when faced with these figures, many people are turning to the real possibility that the future of golf lies in synthetic turf. After all, people already are playing real golf on artificial grass, proving traditionalists wrong and quite pleasurably too!